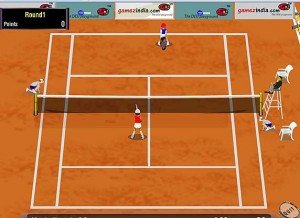 Yesterday Ellen Tom and played tennis. They started at

They were playing = they were in the middle of playing.

They had not finished playing.

Was/were -ing is the past continuous:

I was doing something= I was in the middle of doing something at a certain time. The action or situation had already started before this time, but had not finished:

They were playing = they were in the middle of playing.

They had not finished playing.

This time last month he was living in France.

What were you doing at 9 o’clock last night?

I waved to Gary, but he wasn’t looking.

He was walking home when he met Bill.

(in the middle of walking home)

Jon was watching TV when they arrived.

Jane phoned while They were having dinner.

It was raining when we got up.

I saw you in the park yesterday. You were sitting on the grass and reading a book.

I hurt my back while I was working in the garden.

He was walking along the road when He saw Alex. So He stopped, and we had a chat.

When Ellen arrived, I was having dinner.